Crochet dreads vs natural – Which style is beautiful? 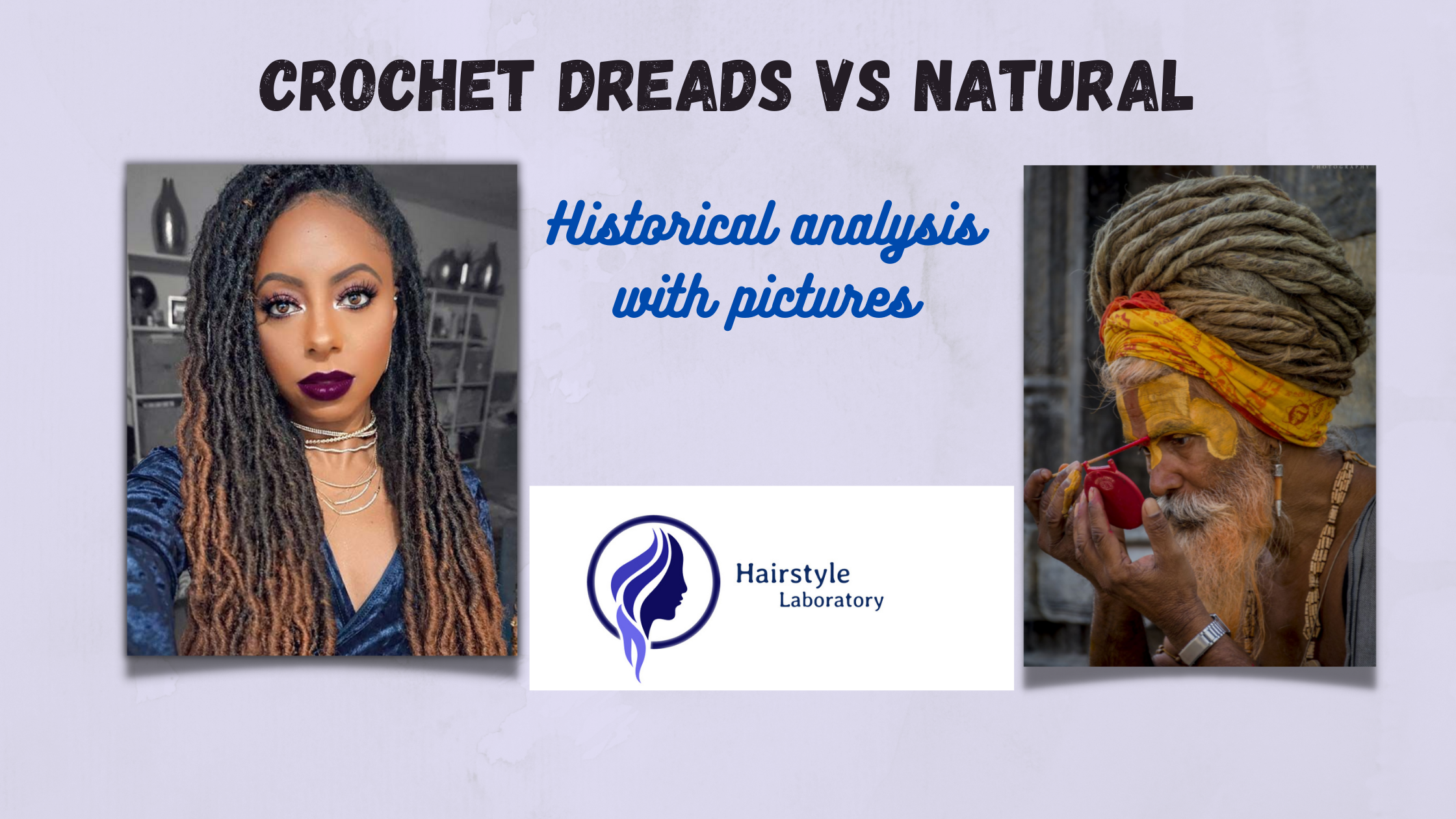 According to the suggestion of the historical finds, dreads are the most ancient hairstyle. Some evidence was found that this hairstyle was practiced even in the ancient Egyptian civilization. More strong evidence is suggesting that this hairstyle, was once practiced in the ancient Indian Civilization. Even in today’s time dreads are mostly known as ‘Jota’ in the Indian subcontinent. Amazingly the only existing practice of the natural dreads style is the Indian Sadus.

Whereas, the Crochet dreads have been established themselves as a commonly used hairstyle in African American modern societies. In some parts of the West indies territory, people use crochet dreads as their traditional hairstyle.

To get natural dreads you need to have a Theological lifestyle. Not a single chemical ingredient can be used on natural dreads. Rather than that, direct supplies of ingredients from nature are more preferable.

This Hair may look dusty and unacceptable in modern society. However, Sadus doesn’t have any means to modern societies. They lead their life in a spiritual way. They only have cared for the next phase of life. Natural dreads will be so dusty. Sometimes the extra holdings of the hair eventually, stop the hair growth. That doesn’t indicate the Sadhu’s hairs are so bad. They care, natural hair in a natural formation. Common people will not be able to maintain hair like those spiritual persons. Actually, in that very way, you may not get real dreads hair. But you can get quite similar natural-looking dreads. Users look so magnificent with this hairstyle. All the African American people, mainly try to take the advantage of using crochet dreads. In that way, they are able to maintain their traditional practice of hair.

Crochet dreads Vs natural Dreads; Which One Should I Try?

Indus Valley Civilization is the birthplace of dread’s hair. That is considered one of the most ancient civilizations in the world. As people are continuously practicing this ancient hairstyle for the sake of their faith. Only sadhus can go for this rigorous life. Common people are not compatible, to live spiritual way.

Therefore, trying this kind of hairstyle is not necessary for us. Instead of that, we can try crochet dreads. Which will save our time, and provide a defined look like the actual dread. Plus the due respect will be shown to our tradition and culture.

We, are not stopping you from doing anything. Actually, our teachers say what is for the special people this is not suitable for commons. We should leave the specialty for the people like Sadhus, or any spiritual persons. On the contrary, we can move forward with the crochet dreads.

Here in the part, we will add some best pictures of crochet dreads vs natural deads. View the collections to have a complete idea about these styles’ separations. Crochet dreads Vs natural Vs Crochet