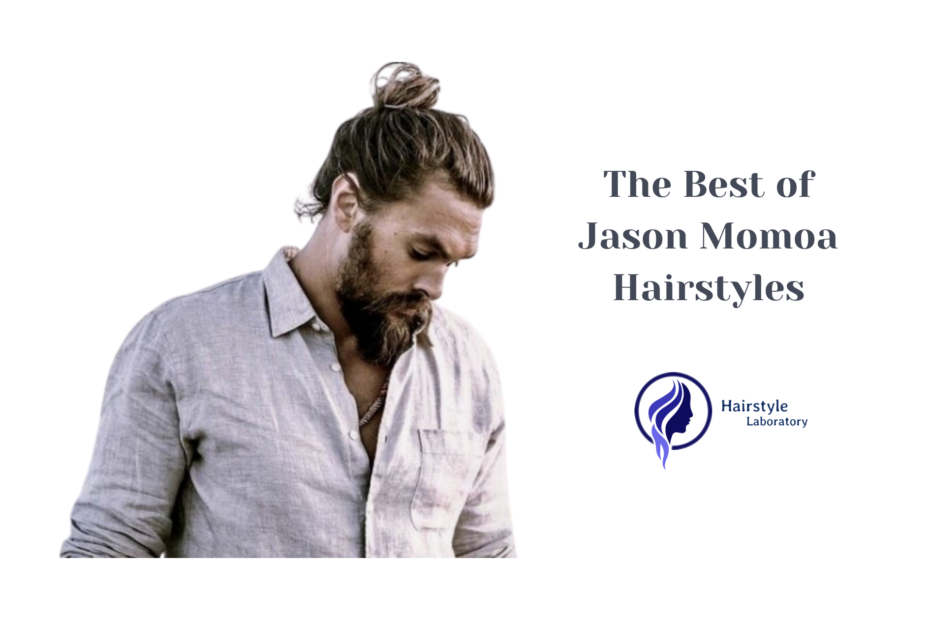 Jason Momoa is one of the most famous and admired American actors. He is famously known for starring as Khal Drogo in the Game of Thrones web series and the role of Aquaman in DC comics. Although his fancy life Jason Momoa hair style got so much hype and attraction among his millions of fans and followers. During every new project, Jason Momoa has appeared with a new hairstyle. Here we will discuss more of Jason Momoa’s long and bun hairstyles.

How to get Jason Momoa Hair?

Jason Momoa’s long tousled hair always has been an attraction to his followers. You can easily be styled with Jason Momoa’s hairstyle if you follow few simple steps. To get styled with Jason Momoa’s long hairstyle all you need is to grow your hair long. All you have to do is stop visiting barbershops for at least 6 months. You need to grow your hair at least 8-10 inches to get proper tousled hair. You can either make a part to the middle or slick to the back of your front hair. The rest of the hair should be left as it is over the shoulder. You can also add some highlighter to it by your preference.

How to maintain Jason Momoa hairstyles?

It is very easy to follow Jason Momoa’s hairstyles but it is, even more, easier to maintain the hairstyle. All you need to do is to take care of your hair, wash regularly, and moisture enough. If you go with the long tousled style make sure to brush up regularly. If you go for the bun style make sure to moisturize them and the bun is not too tidy. These simple maintenance will give you an elegant look with Jason Momoa’s hairstyle.

Here we have selected some of Jason Momoa’s popular hairstyles.

Jason Momoa and his long tousled hair combination are considered better than a love story. This is a very popular hairstyle of Jason Momoa starred on Aquaman(2018). In this hairstyle, the length of hair is around 12 inches long. The upfront hair is divided from the middle into two parts. The rest of the hair was left untidy over the shoulder. The dark brown highlighter made the hair even more perfect.

Slicked to the back hairstyle is so familiar with Jason Momoa as he starred his majority of the film with slicked-back long hair. There is no visible divider on the upfront but the front hair is slicked to the back. The back hair length is around 10 inches long with the deep brown highlighter. With this hairstyle, Jason Momoa looked more younger and elegant.

Jason Momoa is very used to and familiar with his brush-to-the-back hairstyle. Though  Momoa is familiar with his long hair he tried medium and short hair also. In this hairstyle, he styled his medium hair brushed to the back. The upfront hair is divided into two parts and the back hair is left free-flowing.

Jason Momoa’s medium-long hairstyle gave him a more stylish look whenever he tried this hairstyle. The upfront hair is divided into two parts where the sides are swept to the side from the middle. The average hair length of this hairstyle is around 6 to 8 inches. The light brown highlights on this hair gave this hairstyle more royalty.

This spiky front short hairstyle is very rare for Jason Momoa during his acting career. This is the hairstyle where all the hair remains short. The upfront hair is styled with a spike toward the up. Jason Momoa was looked very handsome with this gentle hairstyle.

This untidy long hair is so favorite of American actor Jason Momoa. This is the hairstyle where Jason Momoa was looked gorgeous and elegant. The average hair length of this trendy hairstyle is around 12 inches. The upfront hair is slicked to the back and the back hair remains as untidy free-flowing hair. A brown highlighter on this hairstyle gives the perfect look.

The dreadlock hairstyle is one of the most iconic styles of Jason Momoa during his acting career. In this hairstyle, he is spotted with a dreadlock hairstyle that is very thick and strong. The upfront hair looked like random hair but the rest of the hair goes over the shoulder with the fatty dreadlocks. It was more gorgeous with the thick dreadlocks and make the look perfect.

The topknot hairstyle was one of the most decorative hairstyles of Jason Momoa. Here, in the hairstyle, the front hair brushed to the back. The side hairs brushed to the top and gathered a knot on the top of the head. This can be called a light updo also. With this hairstyle, Jason Momoa looked very smart and elegant.

This dreadlock hairdo is one of the most iconic hairstyles of Jason Momoa throughout his acting profession. In this hairstyle, he is found with a dreadlock hairstyle that is narrow. The upfront hair looked like random hair but the rest of the hair goes over the shoulder with the narrow dreadlocks. It was more majestic with the thin dreadlocks and gave the look a perfection.

The back bun hairstyle by Jason Momoa was discovered in the Game of Thrones TV series. This is the hairstyle that got immediately trendy among his fans and followers. In this hairstyle, the bun is spotted on the back of the head. Hairs from all the sides including back hair slicked to the back of the head. The bun is created by a lace or rubber band. This is considered the most followed hairstyle of Jason Momoa by his fans.

The long tousled hair is the favorite hairstyle of Jason Momoa where the hair length is around 12-14 inches. This hairstyle basically can be categorized as a Viking-style hairdo. Adding the double highlighter especially, brown highlights on the shoulder area made the hairstyle even more gorgeous.

In conclusion, throughout his film career, Jason Momoa tried a lot of gorgeous hairstyles. These hairstyles expressed his personality and evolved him into a man of strong personality. If you’re looking for Jason Momoa’s hairstyle to style your hair, you can follow the above of these on your preference. Just make sure that you’re following the right steps and you’re set to go with an elegant hairstyle.