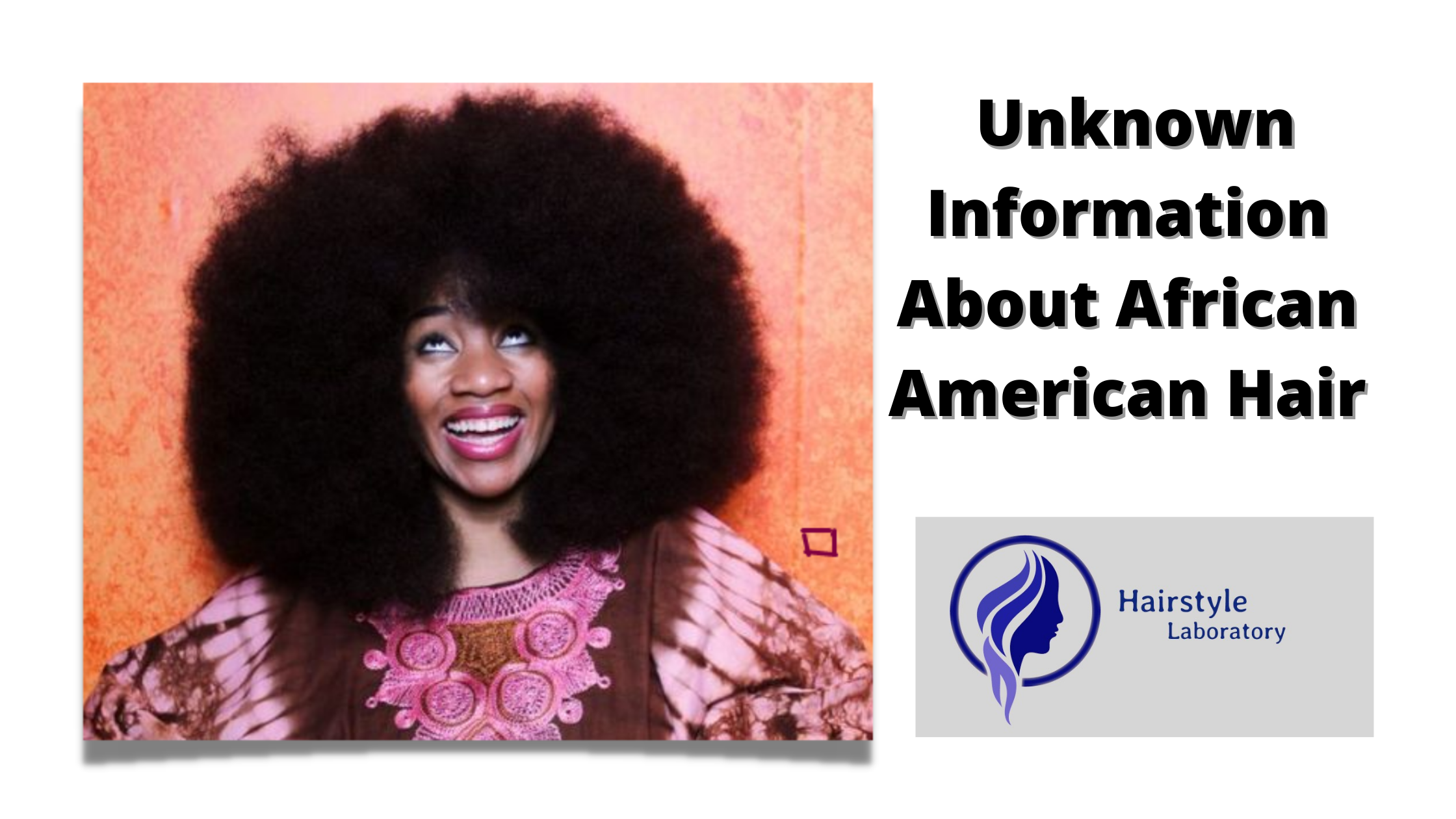 African-American hair has unknown characteristics that need to be specified. Basically, African-American hair is known as naturally curly hair. Just like that in this post, we will provide you top unknown Information about African American hair. Also, those surprising facts will enrich the understanding of this hair type.

African American hair is the most caring type of hair

To be fair, hair is the most elevated part of the body. Which is very much adjacent to the face. For that reason, the hairstyle has a great impression on the look of the people. Most black people suffer from many racial comments from childhood. They want to improve their looks, by caring for their natural hair.

To maintain the proper hair quality, this type of hair requires some caring. At least once a week the African American hair needs to be washed.

Use of hair products

While washing natural hair, the use of a conditioner is a must. Conditioner helps to reduce the dirt and brings the heavy nature on hair. As African American hair has the tendency to frizz, it requires the application of essential hair products.

It is a very old practice of making various braids in this hair. But tight braids are not helpful for natural hair anyway. Sometimes tightness reduces the blood circulation rate of the scalp. Also damages the natural consistency of the scalp. Therefore, many hair experts suggest not to make too many tight braids.

Making Braids styles are a traditional practice of African tribes

Still, in today’s time, many tribal groups practice braids hairstyles as their customary nature. Braids were not the owned style of the American land. Actually, some African tribes have brought this hairstyle with them on the Amerian soul. Still, some parts of sub-Saharan regional tribes maintain fancy hairstyles.

Afro is a sub-part of the African American hairstyle

Not so long ago, wearing traditional hair, dresses for the black peoples in the United States were prohibited. Although so many initiatives were taken to reduce the racism against black Americans. But most of the attempts went in vain. Just like today’s time, In 1971 Melba Tolliver a leading newsreader was fired from BBC. Just for wearing the Afro traditional hair.

Locs hairstyles are a very old way of making hair

Historian suggests that practicing locs style was borrowed from ancient India to Africa. Locs is mainly known as Jhota in India. And Jota hair was the only way of setting hairs of the Sadhus. Even in today’s time, Indian sadhus makes jota or locs hairstyles.

Another historical analysis says that locs hairstyle was invented in ancient Egypt. Which is almost 5000 years old hair traditional practice.

Why black hair is the best?

Actually, African American hair is the darkest of them all. And dark hair has a higher concentration of melanin. Which makes it more suitable for the skin tone. Therefore, black hair looks so natural than other hair types.

Caucasian hair is the strongest natural hair bread in the world. Whereas, African American hair comes second on the same of the list.