The Incredible Evolution of Neymar Hairstyle 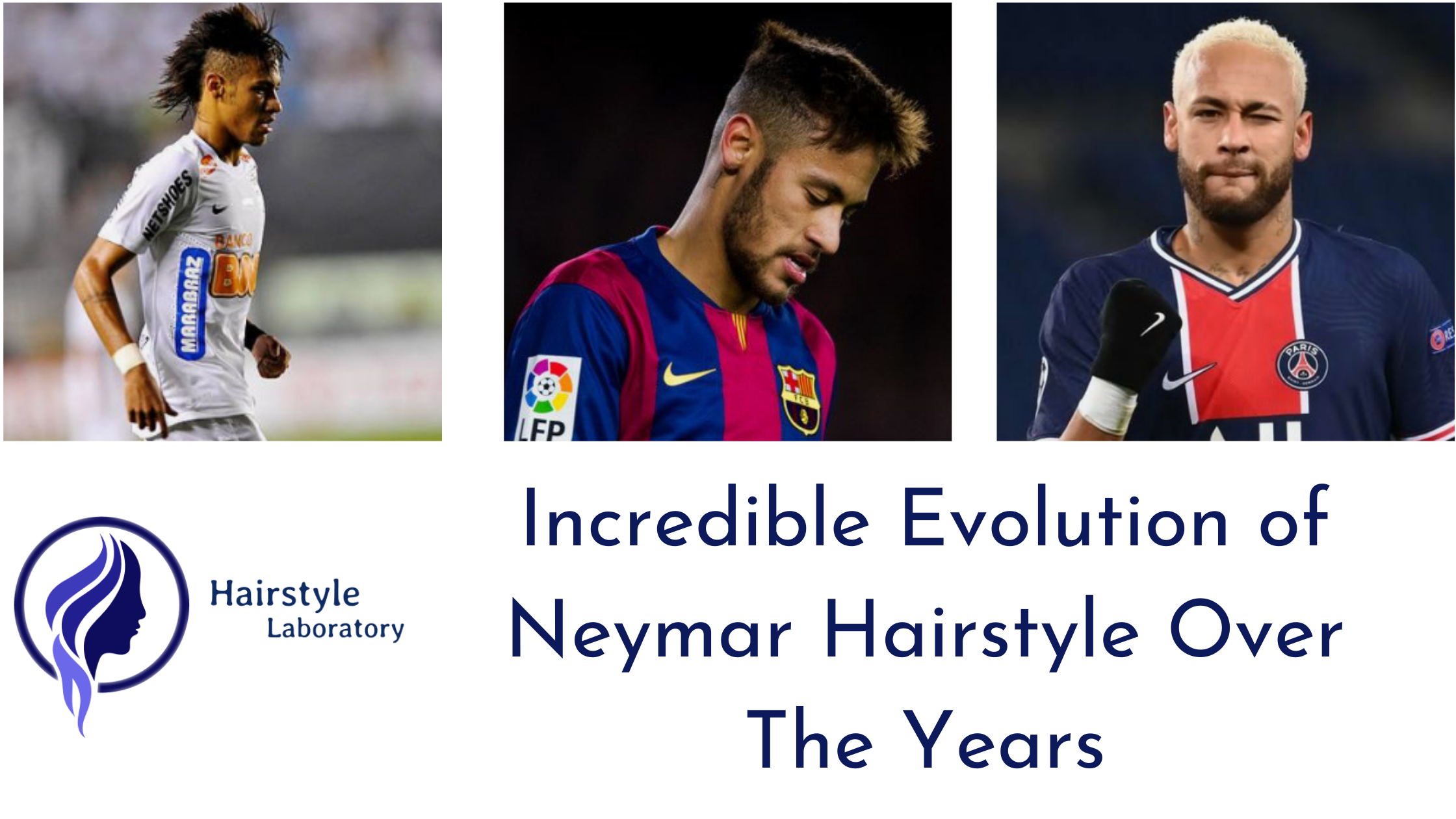 Neymar jr is one of the most popular successful footballers around the world. He expresses his stylish life mainly by different types of haircuts. Neymar hairstyle is so much popular among his fanbase around the world. The Brazilian Neymar Jr is a stylish person also. He tried almost 200+ different hairstyles over the years with his professional career. Here we have selected some signature hairstyles Neymar jr tried so far year by year. Neymar jr started his professional football career at Santos FC in 2009. He started his senior career with a short afro hairstyle. During his early years of age, he created so much hype for the football world. This very short afro made him younger among the senior players of the club.

Click Here to read more about Afro hairstyle for men. 2010 is called the beginning of the stylish haircut of Neymar jr. In 2010 he came up with his famous signature mohawk hairstyle. He kept his sides very short while the rest of the hair was styled with a great mohawk hairstyle with silky hair. This mohawk hairstyle got real hype among the Brazil football fans. In 2011 Neymar updated his haircut with a change. This time the sides were shaved and the top hair has grown a bit long. This signature mohawk has gone viral with the hype of there is a new talented youngster in the football world. Medium short combed front and back In 2012 Neymar jr shortened his hair a bit and started moving away from his signature mohawk hairstyle. During this period Neymar started to focus his hairstyle on a shorter basis. He styled his hair combed to the back and to the front. 2013 has been considered as a turning point for Neymar as he moved to European football. During joining FC Barcelona in 2013 Neymar came up with a decent haircut against the flow. He has shown up with a combed forward hairstyle where the sides were short. This hairstyle was very cool so that European people started to follow immediately.

Combed forward with ultra-short side In 2014 Neymar just improved his hairstyle a bit with the previous one. The combed forward hairstyle in the front remains almost similar just a bit brushed to the side. On the other hand, the sides were shortened even shorter. This pretty hairstyle is considered one of the signature hairstyles of Neymar jr.

Side brushed with undercut Neymar hairstyle In 2015 Neymar won his first champions league with FC Barcelona. Over the season he styled his hair with this cute hairstyle where the top hair brushed to the side. The rest of the area remained undercut with a decent haircut. In 2017 Neymar jr made history by joining PSG from Barcelona with a record-breaking transfer fee. This year Neymar appeared in France with a random combed hairstyle. The hairstyle was created with black and blonde highlights. Neymar jr was never familiar with textured quiff hairstyle since his senior career. In 2018 during the mid-season, he came up with a quiffed textured haircut. He styled the textured hairstyle with an undercut and brown highlight. This is one of the pretty hairstyles Neymar jr has ever tried. In 2019 after 10 years Brazilian poster boy Neymar jr back to his old afro hairstyle. This time he kept his afro hair short but the main difference was the highlights. During this period Neymar came up with the platinum blonde highlights with a short afro. In 2020 Neymar jr took PSG to the Champions League final but didn’t manage to make the champion of Europe. During this year he was spotted with various types of haircuts. Brown highlighted upfront is one of the gorgeous hairstyles Neymar was styled by. Recently during the Copa America 2021 campaign, Neymar jr spotted with a gorgeous platinum blonde haircut. This is also a short hairstyle but adding a blonde highlighter on this hairstyle looks perfect for a tournament. He looked adorable with this gorgeous handsome hairstyle.

However, Neymar jr is considered as one of the two special footballers alongside Christiano Ronaldo who cares about their hairstyles. Every time Neymar comes up with a new hairstyle this becomes trendy. Not only do Neymar fans try these but also general people also try out these signature hairstyles. By doing various hairstyles Neymar expressed himself as a stylish personality.