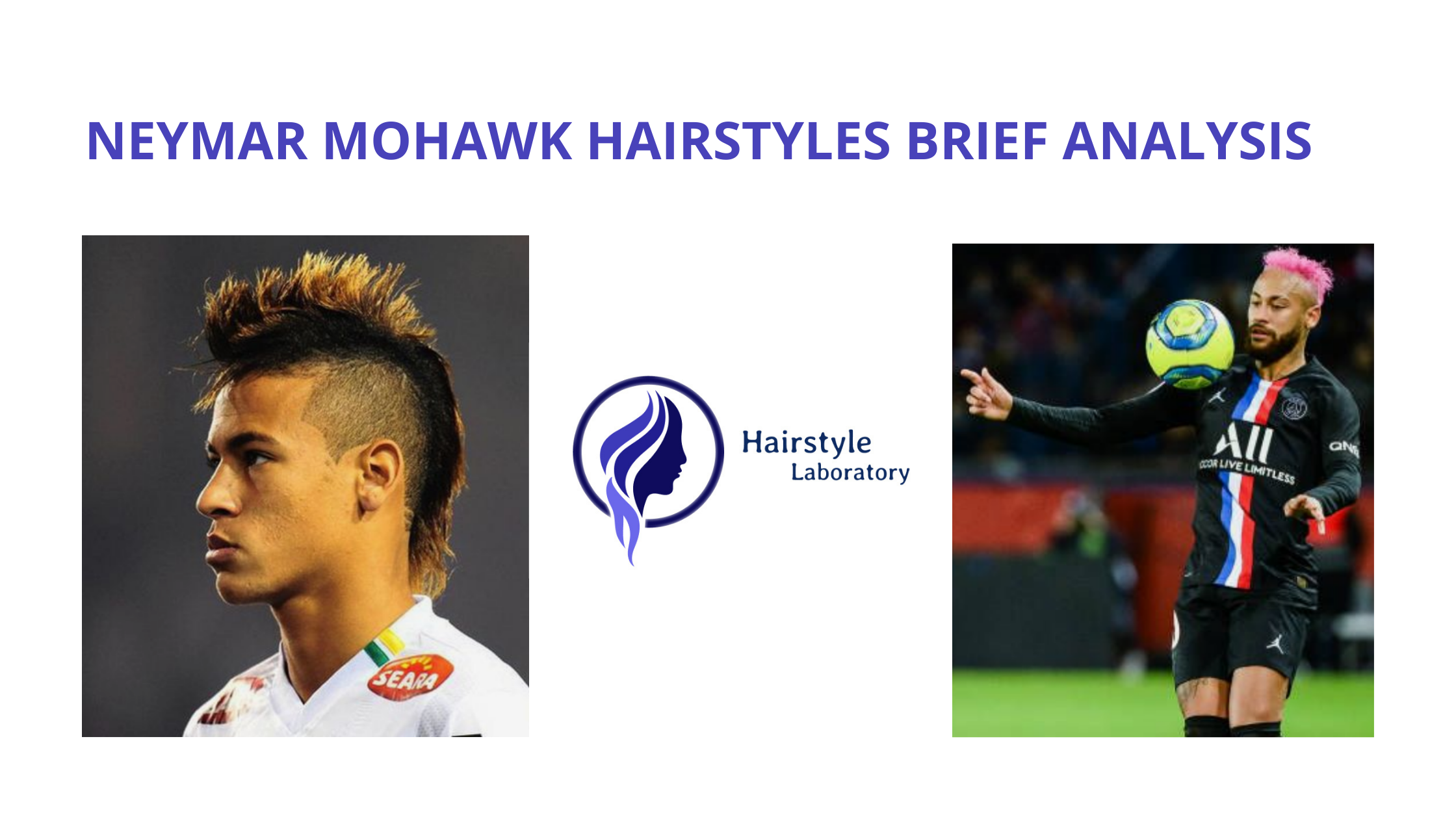 Neymar is s superstar of the footballing world. This Brazilian-born professional footballer’s full name is Neymar DA Silva. He is a talented loveable personality in the field. Apart from his magnificent footballing career, Neymar is very well known for his style and dirty attitude on the field.  Superstar Neymar has appeared with so many types of attractive hairstyles. But our today’s discussion will be only based on Neymar mohawk hairstyles. Superstar Neymar da silva was a footballer of the famous Santos football club. His playing tricks were displayed at that little age. This side-shaved spike mohawk hairstyle of Neymar was so followed at that time. This is an early stage picture of him. He was spotted with regular frontal spike hairs. Many people also know this hairstyle, as a signature hairstyle footballer David Beckham. This is a very common hairstyle of him. Till today’s time, Neymar frequently turns on that style.  I would say this frontal bangs mohawk is the most favorite hairstyle of Neymar himself. By the way, he looks fabulous with this way of hairsetup. Neymar Da Silva was pick on his carrere during the time of Barcelona. During that time, he was nominated on the top list of Ballon d’Or. Unlikely he didn’t get any ballon D’or prize yet. This hairstyle was a common scene of Barcelona time. Well, you may see the frustration on his face now. Neymar never got the desired height at Barcelona football club. He alongside his father (Neymar da silva senior) was trying for a transfer move. This picture realy sums up everything. He was getting ready for his new journey to the Peris.

Beard face with the mohawk haircut However, his national team career is pretty good. He has a number of goals as like Iconic football player Pelé. So, far Neymar has won an Olympic gold medal with this Brazilian football team.  No way you underestimate is achievements. Now, Neymar is a Paris Saint Germain player. He joined this club is a record-breaking transfer fee from FCB. Still, Neymar transfer is the highest for any football player. Let’s wait to see the next record-breaking superstar. Current, days at the PSG are not going so well for him. Neymar is surrounded by so many superstars on this club. Kylian Mbappe is one of the brightest stars of the Paris Saint Germain club. Therefore, maybe the time of Neymar’s PSG stay is ending very soon. To sum it up, we have chosen this pink-colored mohawk hairstyle of Neymar. Here, this superstar is showing his extraordinary skills with a football. current days his only priority is to win a major trophy with the Brazilian national football team. Neymar DA Santos is on the training field with his national team. This picture was taken only at that time. He is eyeing that big world cup trophy of 2022. This world cup will be held in Qatar. This is the last attraction collection of Neymar mohawk hairstyles. Nowadays he commonly scenes with these amazing hairstyles. He just wants to color his footballing career just like this coil mohawk style. Who knows his future better than the creator. Maybe he is spoiling his valuable time here and there.

Or, maybe he will be the next iconic football player after Pele. He has the opportunity of overtaking Pele’s achievements. That, the biggest expectation might work as a cruise for him also. But we wish him the best of luck for that upcoming future. Maybe Neymar will be the next superstar face after Lionel Messi and Cristiano Ronaldo!